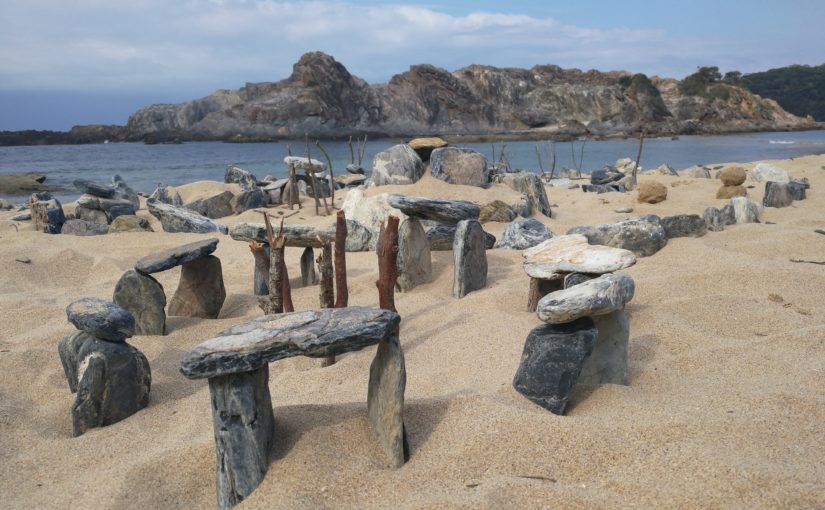 The pyconau call for proposals is now open, and runs until 28 May. I took my teenagers to pyconau last year and they greatly enjoyed it. I hadn’t been to a pyconau in ages, and ended up really enjoying thinking about things from topic areas I don’t normally need to think about. I think expanding one’s horizons is generally a good idea.

Should I propose something for this year? I am unsure. Some random ideas that immediately spring to mind:

Also, here’s an image for this post. Its the stone henge we found at Guerilla Bay last weekend. I assume its in frequent use for tiny tiny druids.