This is the second in a series of posts documenting my adventures in making bread during the COVID-19 shutdown. Yes I know all the cool kids made bread for themselves during the shutdown, but I did it too! 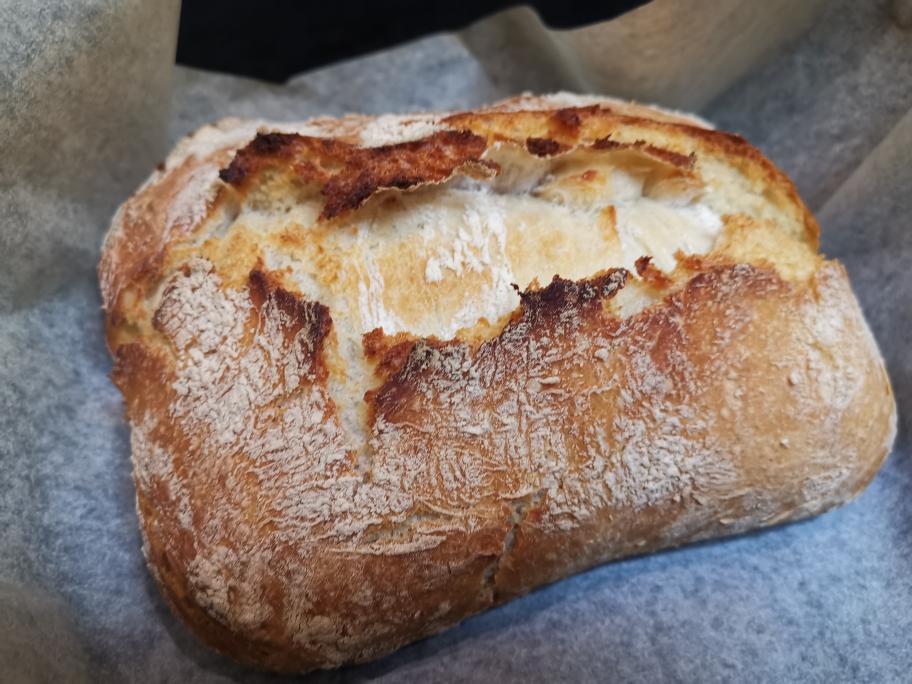 So here we were, in the middle of a pandemic which closed bakeries and cancelled almost all of my non-work activities. I found this animated GIF on Reddit for a super simple no-kneed bread and decided to give it a go. It turns out that a few things are true:

The basic recipe is really easy — chuck the following into a big bowl, stir, and then cover with a plate. Leave resting a warm place for a long time (three or four hours), then turn out onto a floured bench. Fold into a ball with flour, and then bake. You can see a more detailed version in the YouTube video above.

The dough will seem really dry when you first mix it, but gets wetter as it rises. Don’t panic if it seems tacky and dry.

I think the key here is the baking process, which is how the oven loaf in my previous post about bread maker white loaves was baked. I use a cast iron camp oven (sometimes called a dutch oven), because thermal mass is key. If I had a fancy enamelized cast iron camp oven I’d use that, but I don’t and I wasn’t going shopping during the shutdown to get one. Oh, and they can be crazy expensive at up to $500 AUD. 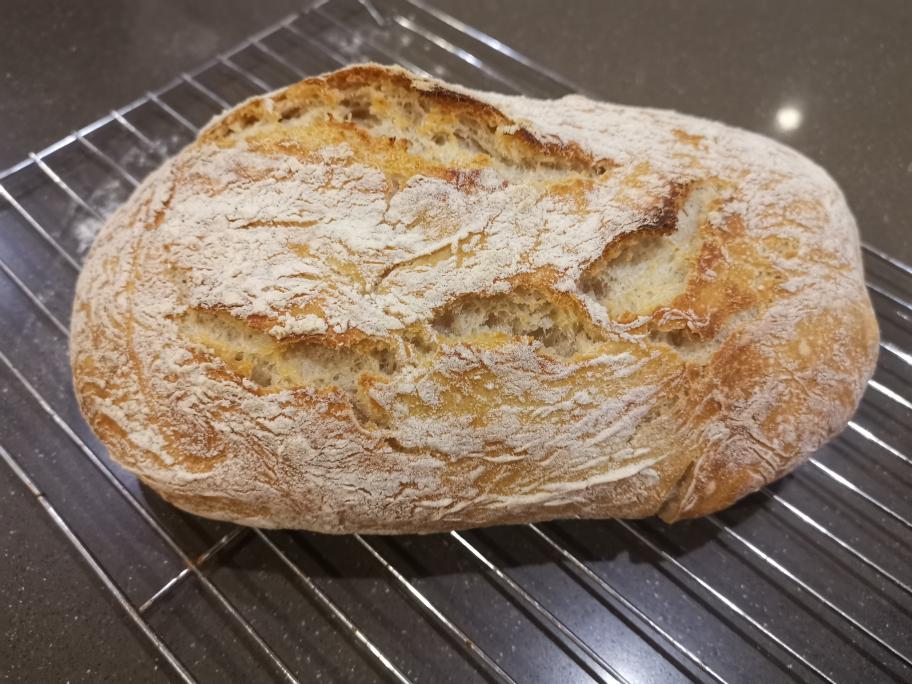 Oh, and I’ve noticed a bit of variation in how wet the dough seems to be when I turn it out and form it in flour, but it doesn’t really seem to change the outcome once baked, so that’s nice.

The original blogger for this receipe also recommends chilling the dough overnight in the fridge before baking, but I haven’t tried that yet.