My dad asked me to document some of my baking experiments from the recent natural disasters, which I wanted to do anyway so that I could remember the recipes. Its taken me a while to get around to though, because animated GIFs on reddit are a terrible medium for recipe storage, and because I’ve been distracted with other shiney objects. That said, let’s start with the basics — a breadmaker bread that my kids will actually eat. 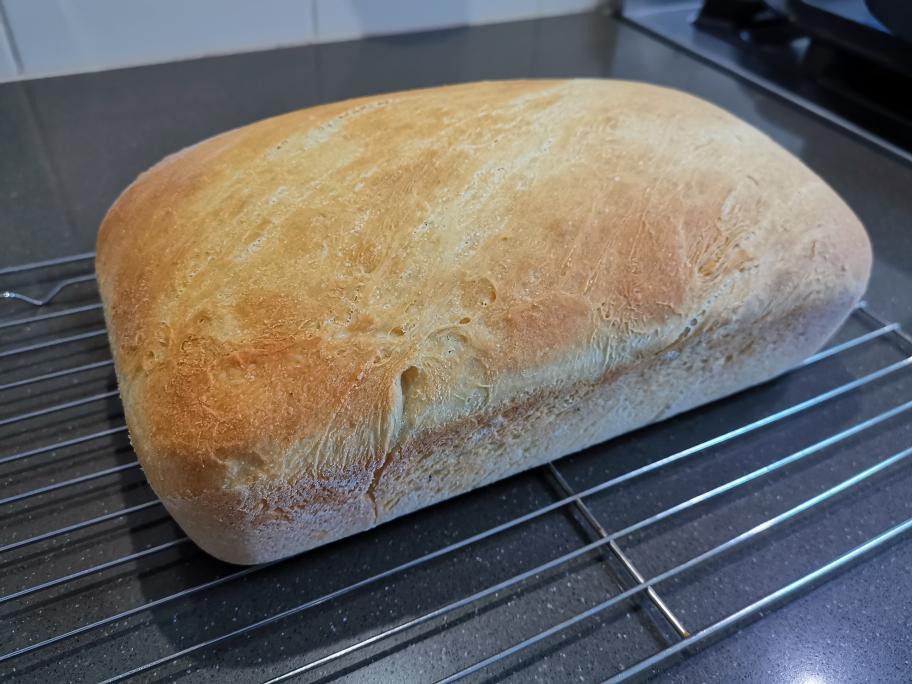 This recipe took a bunch of iterations to get right over the last year or so, but I’ll spare you the long boring details. However, I suspect part of the problem is that the receipe varies by bread maker. Oh, and the salt is really important — don’t skip the salt!

I just kind of chuck these in, although I tend to put the non-flour ingredients in a corner together for reasons that I can’t explain.

I then just let my bread maker do its thing, which takes about three hours including baking. If I am going to bake the bread in the over, then the dough takes about two hours, but I let the dough rise for another 30 to 60 minutes before baking. 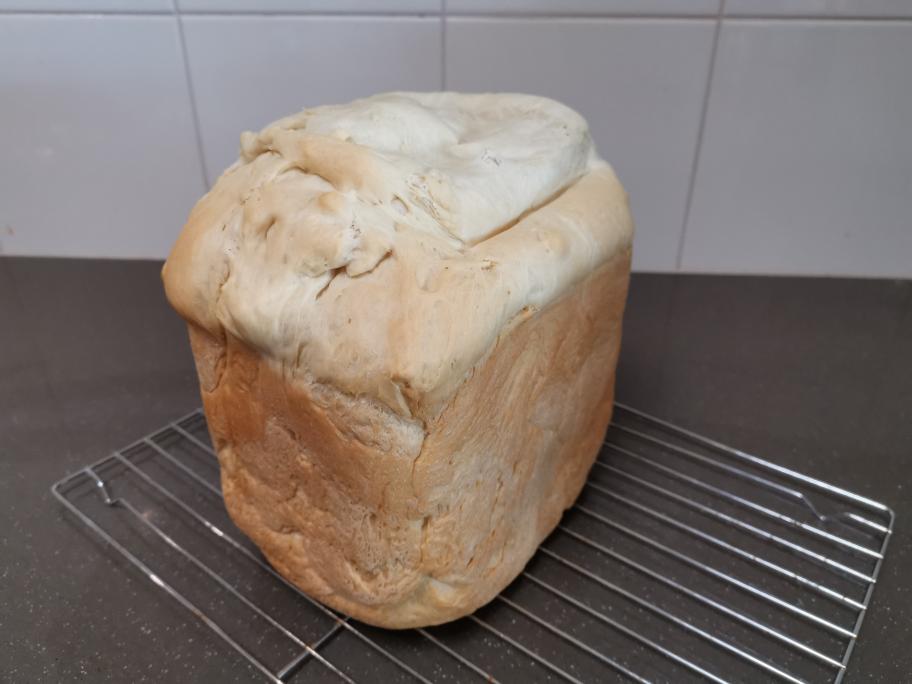 I think to be honest that the result is better from the oven, but a little more work. The bread maker loaves are a bit prone to collapsing (you can see it starting on the example above), and there is a big kneeding hook indent in the middle of the bottom of the loaf.

The oven baking technique took a while to develop, but I’ll cover that in a later post.